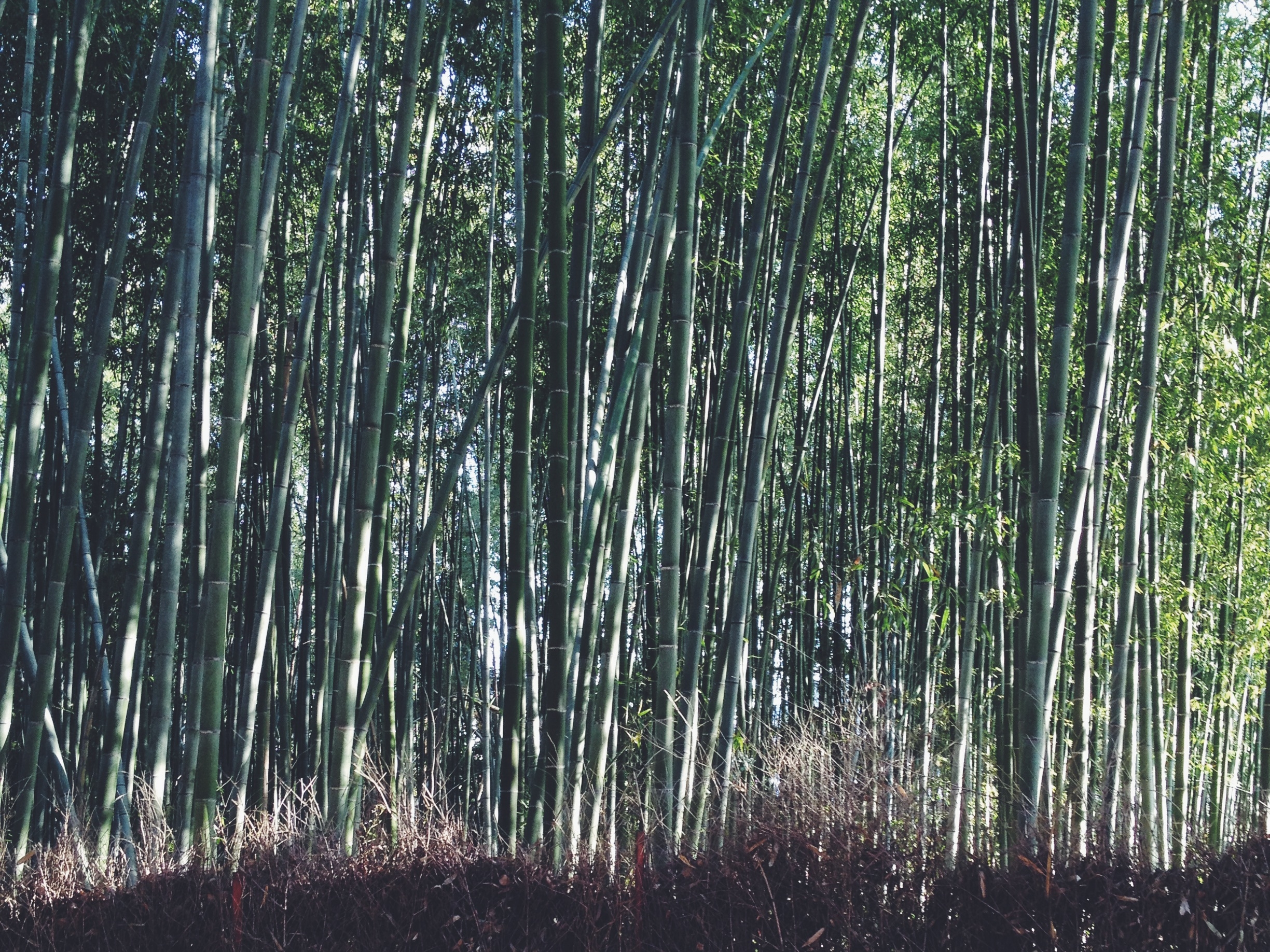 Today we woke up, ate some 680 yen breakfast at the Zen Cafe which is located beside K’s Hostel, then packed our belongings and head out to Piece Hostel. Both hostels are great, friendly staffs and located very close to the station. K’s has a homey feel while Piece is posh and modern. One thing that I did not really like about Piece was the shower is the kind that will turn off after a few minute and you have to keep pressing it. It’s kind of annoying, but not really a big deal. After checking into Piece Hostel, we rented 2 bikes at 500 yen each and rode around town.

We decided to go to Arashiyama 嵐山 to see the bamboo grove and also some temples. We used our phone as our gps and it took around 2 hours to get there. One thing I noticed about using the gps is that each block looks far but in reality its closer than you think. Most of the time, we would miss a street because of this. Our ride there was amazing, the air was crisp and the sun was out! We rode along the river and I almost felt like I was in a commercial where the student is riding to school or something. Oh, an AKB48 song, Everyday Kachuusha was playing in my head the entire time. Today was also a great day for flying kates, we saw the sky filled with them as we rode by a park. We got pretty excited!

At Arashiyama, we had some delicious oyakodon and katsudon set lunch. Then off to the bamboo path. It was quite busy since it’s sunday and its quite a short path with everyone wanting to take a selfie picture with bamboos… After passing many temples, we decided to go to Tenryuji 天龍寺, it’s ranked as one of the most important temple in the Arashiyama district. We hesitated about going in because we didn’t really want to spend any money on attractions… but Conrad knew that we’ll regret afterward, so we went in. Although, the main hall is being renovated and it’s covered up but we still enjoy the walk around the garden.

Afterward, we head back to our hostel and  had a lovely hot shower! We also watched some funny Japanese variety show and head over to our favourite gyudon place: Nakau for some good old gyudons with udons and free salad and miso with our coupons! Then we watched some awesome hockey game and watched Canada wiped the ice with Sweden. Woot! Go Canada!