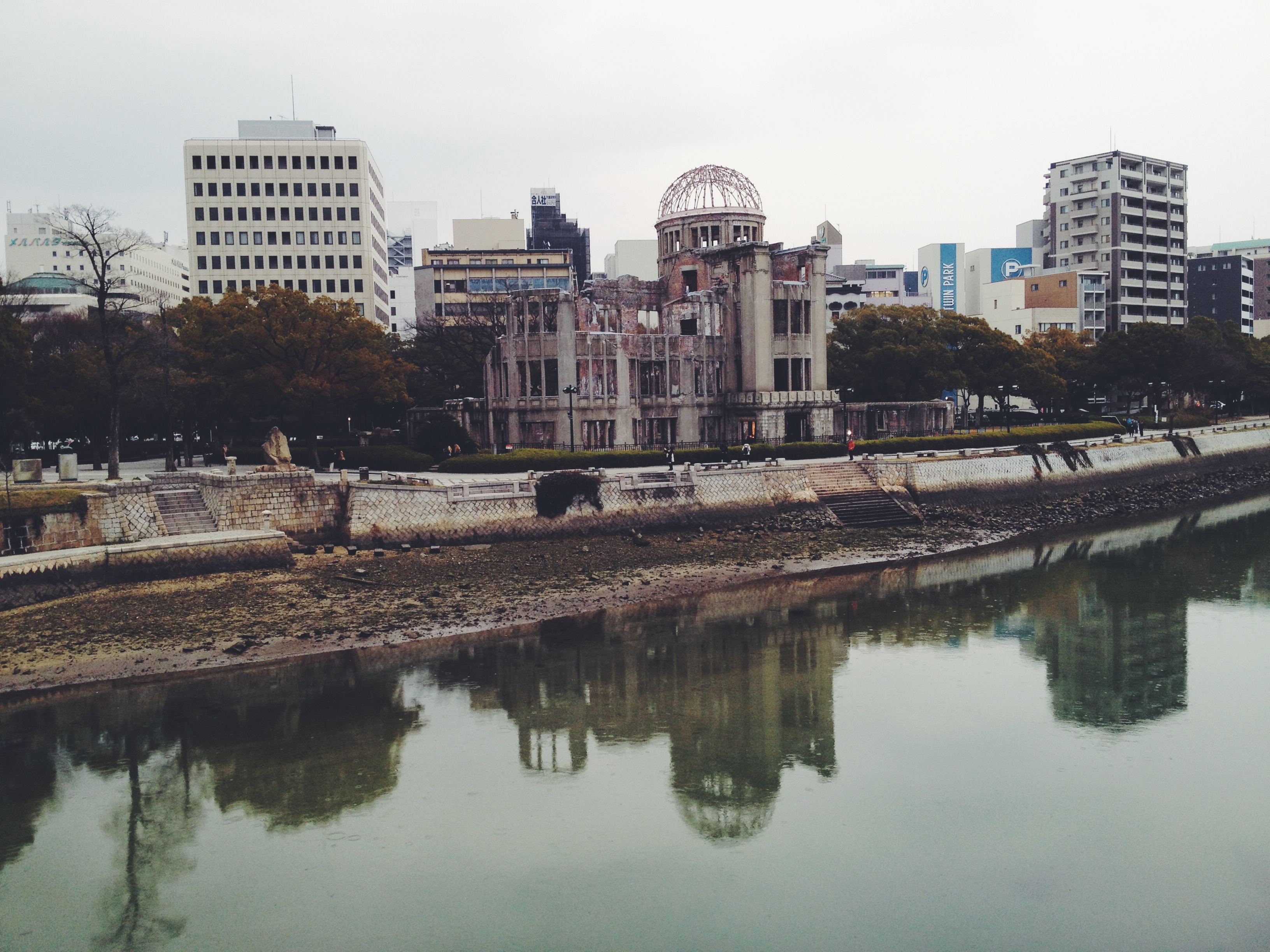 What have we been doing in Japan?
Hiroshima

YES! We made it out of Nagano. No offence, we were bored there because there’s not much we could do in the snow unless you are there specifically for winter sports. After many transfers, first from Nagano to Nagoya, then from Nagoya to Shin-Osaka, finally from Shin-Osaka to Hiroshima. Checked into our hostel which was a nice walkable distance from the station. Oh, one great thing with K’s Hostel is that if you’re stay with them again, you can get a discount, even for one night, it’s quite good. We were excited to explore around Hiroshima! 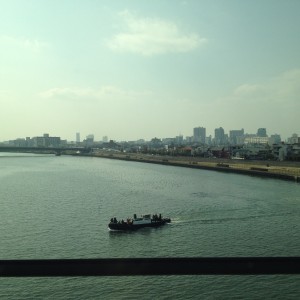 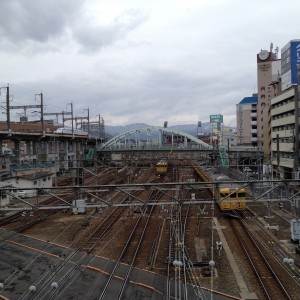 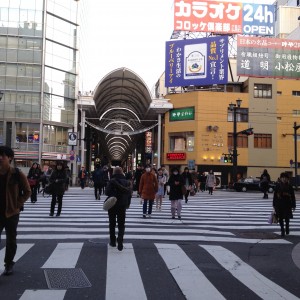 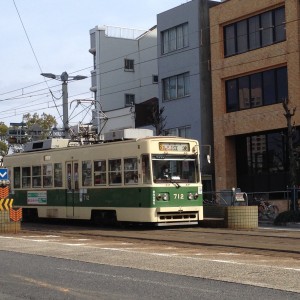 After a quick rest at the hostel, we walked to the Memorial Peace Park to see the A-bomb Dome. I felt a sense of tranquility but also eeriness at the same time. Every rubble is left the exact spot as it was. The amount of pain the war left will never be forgotten. So many innocent lives were taken away. It’s hard to imagine what it was like, and even if I did, I don’t think it’s even close to what it really is. Anyways, we walked around the park some more and then headed back to the hostel. 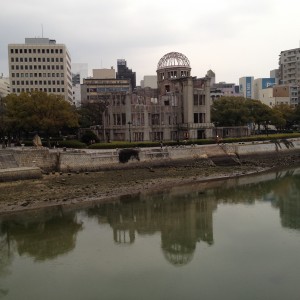 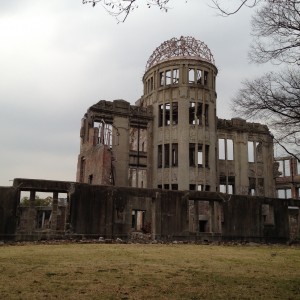 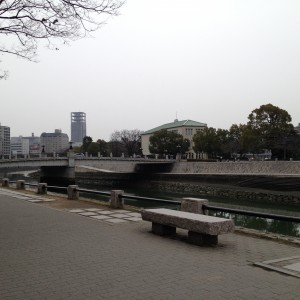 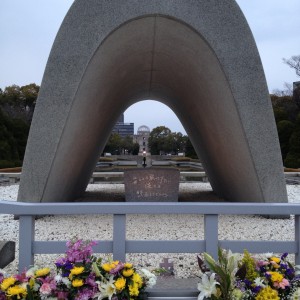 The next day, we took a train and ferry to Miyajima. This is when the JR Pass came in handy because it covers the fares for both the train and ferry! Double win! Miyajima is a small island that is famous for the big red torii gate and also the Itsukushima Shrine which is built over the water. Many deers wandering around the island. Most of them are either trying to get into restaurants and into tourist’s purse looking for food. Pretty cute. We were also fortunate to see the red gate with high and low tides. We also checked out Daisho-in Temple, and saw many buddhas which we called “Buddabros”. The unfortunate thing is, we didn’t have much time to do some hiking around the island. I heard it has a beautiful view where you can oversee the entire island. Well, this means we should come back again soon! ;D We had some delicious grilled oysters and headed off to our next destination! 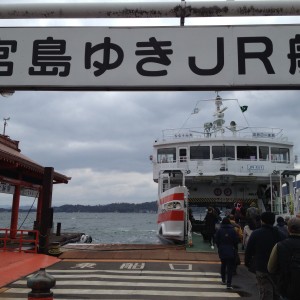 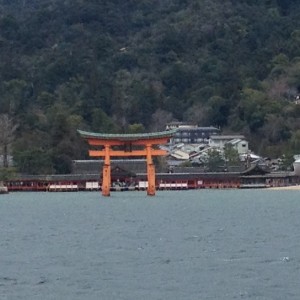 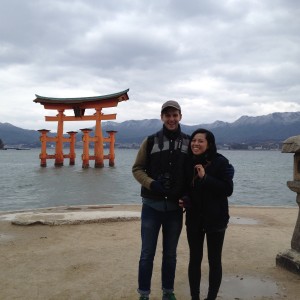 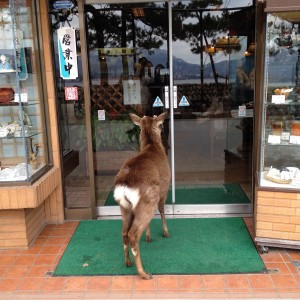 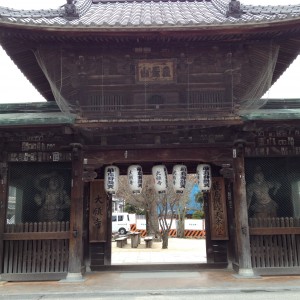 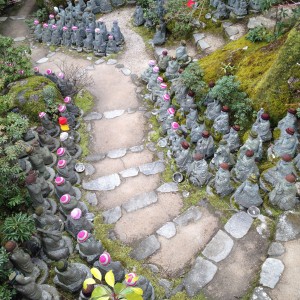 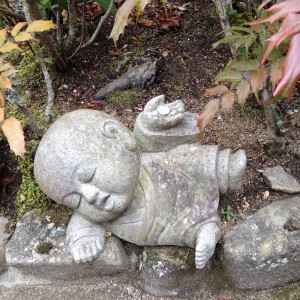 One of many buddha bros 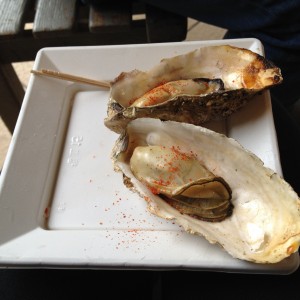 The great thing about going to Miyajima first was that it’s on the way to Iwakuni. So obviously, after hanging out in Miyajima for a couple of hours, we headed to Iwakuni to see the Kintaikyo Bridge. A beautiful wooden structure made entirely without nails with five distinct arches that’s been around for hundreds of years. There’s a fee to go across the bridge, but we arrived late so there’s a collection box… honour system, use your best judgement. :D I would love to come back again during the sakura season. 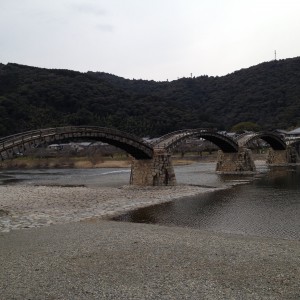 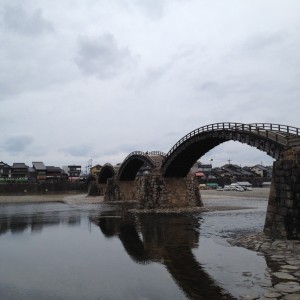 After sightseeing, we headed back to Hiroshima station for some food. I think this station is one of my favourite because it’s convenient for travelling and food! We had our first okonomiyaki dish, Hiroshima style (I’ll explain the differences later)! Since I LOVE UDON! I had my noodle base as udon instead of soba :D and topped it off with another fave of mine, lots and lots of mayo! 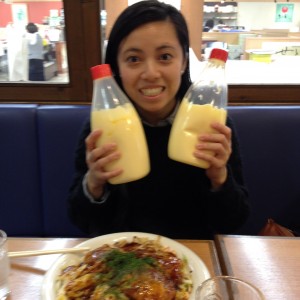 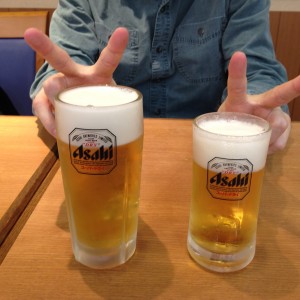 Next day, we had lunch at a local ramen place. It looked a bit rundown inside but the ramen was pretty decent. It had loads of negi, which is green onion, which gave it a spicy taste to it. The broth was very light and the chasiu are thin. Conrad didn’t like it as much but I thought it was okay. Today was a museum gallery sorta day. First we went to the Hiroshima City Museum of Contemporary Art, interesting architecture that is situated on top of a park with many art pieces nearby. After, we went to the Hiroshima Peace Memorial Museum. Learned a lot about the bombing of Hiroshima…

After looking at art and history, we headed back to Hiroshima Downtown to check out the Okonomimura, which in another word is Okonomiyaki Village OR 3 Floors of delicious Okonomiyaki. This is the second time that Conrad had okonomiyaki, and after this experience, he almost died of happiness. Ok, I’m kinda exaggerating a bit… but he did want to come back every night for dinner. The first restaurant was run by a group of lovely ladies. We got to watch them make it fresh in front of us. The second time we were there, we went to a store run by a old couple. It was okay, not as great as the first place, but the old couple was cute and we watched figure skating while we ate. The main different between the Kansai (Osaka Style) and the Hiroshima style okonomiyaki was that H-style stacks the crepe, cabbages, meat VS K-style which mixes the cabbage into the batter, making it more dense. We both love the Hiroshima style because you get more cabbage goodness and it’s not as heavy as the Kansai style. 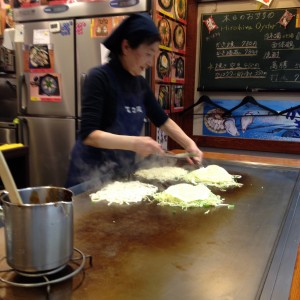 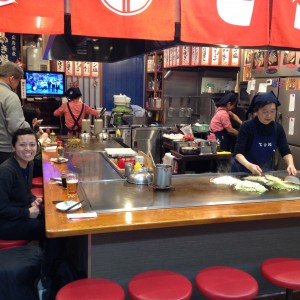 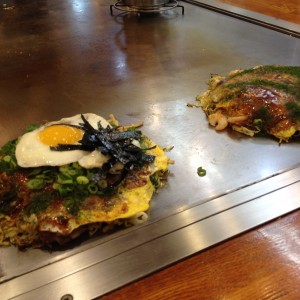 For our last day, we went to see the Hiroshima Castle which is surrounded by a moat. The castle is rebuilt after it had been destroyed by the atomic bomb. Lots of information about the reconstruction and also about weapons, armours, lifestyle… etc. Afterward, we went to the Hiroshima Prefectural Art Museum. Interesting show, I only like a couple of the paintings there, most of the paintings there were boring. We also had some cakes and teas after viewing some art and checked out a Japanese garden behind the art museum. A very well put together garden, we decided to cross all the bridges that were there. We also fed some nasty koi fishes. They were huge and disgusting… haha. We head back to the hostel after to get ready to leave the next day for Kyoto and Osaka. 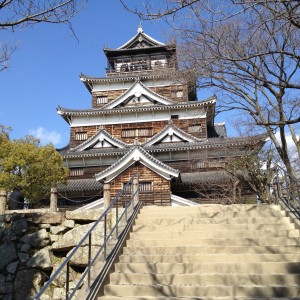 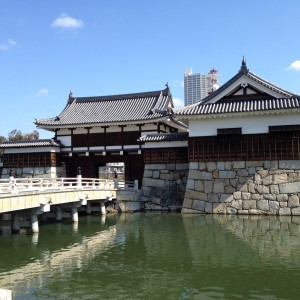 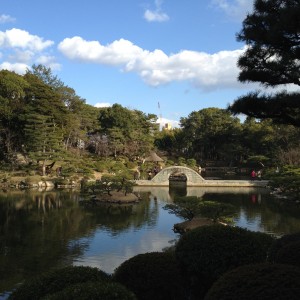 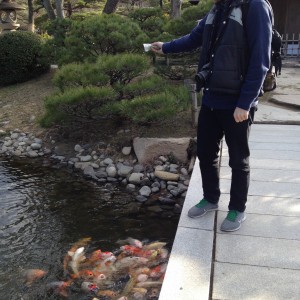