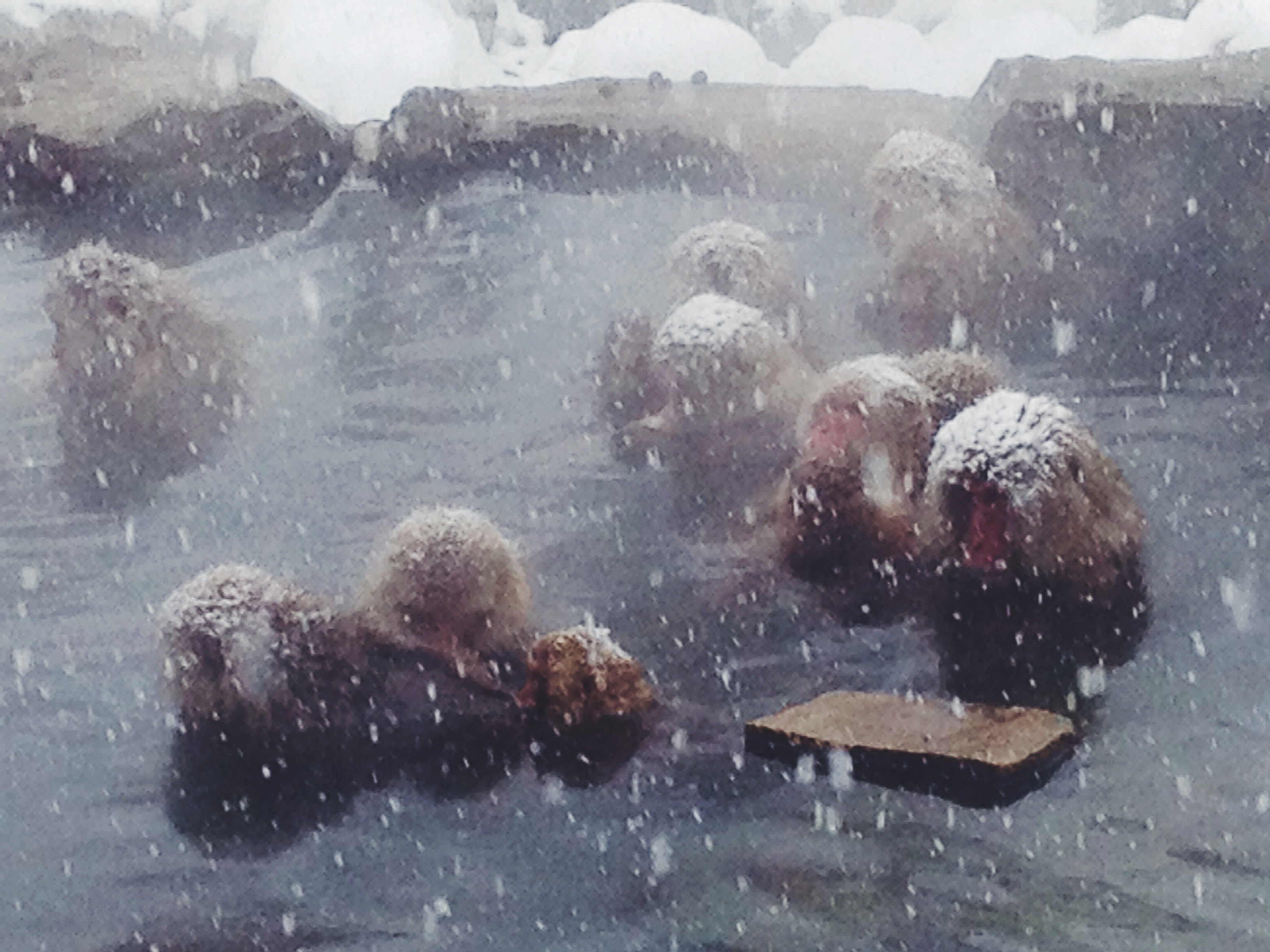 What have we been doing in Japan?
Nagano

After staying in Tokyo for around 2 weeks, we decided to explore the other parts of Japan. Our first stop was Nagano!

We had to wake up super early, why? First, it’s because we had to take the subway to the Tokyo station. Second, we don’t want to get caught in rush hour with our huge luggages. The awesome advantage of having a JR Pass is that you can make reservations early in advance without paying a reservation fee. Our train ride took around 2 hours and as we approach closer to Nagano, we begin to see snow. I got pretty excited because it’s been a while since I saw snow. 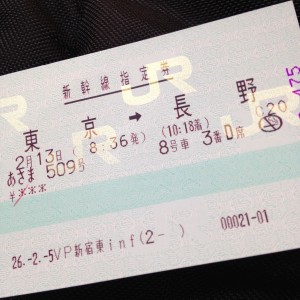 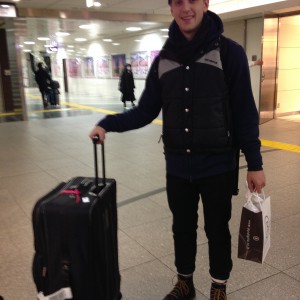 Conrad got his coffee! 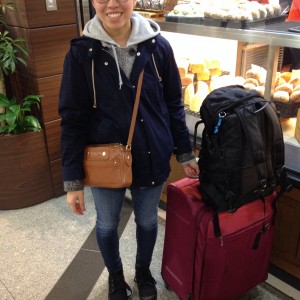 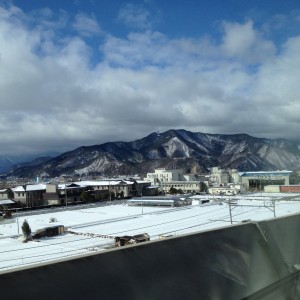 View on the train

After arriving at Nagano station, we had to take the Nagaden to Shibu Onsen which is known for onsens and monkey park. We decided to treat ourselves to Ryokan (traditional Japanese Inn). I found a ryokan called Senshinkan Matsuya and we stayed there for a night before heading back down to Nagano. Keiko-san and her husband Tommy-san(sp) were amazing hosts. We felt kind of bad because Tommy-san had to carry our heavy luggages up to our room… Conrad’s bag weights probably 10x my weight! Dinner was amazing! We even wore a yukata with geta and scroll along the street. Since it’s the low winter season, there’s nothing open at night BUT it’s great to walk around and to explore the 9 different kinds of onsens (bath houses). Conrad tried one bathhouse with me because he was tired, while I tried to explore the other ones myself. I went to a total of 6 bath houses on my own and even manage to have a interesting conversation with a lady in Japanese! Pretty proud of myself! 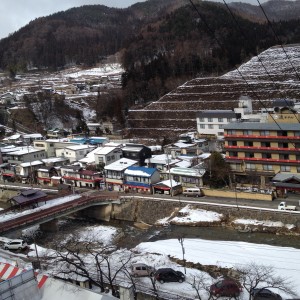 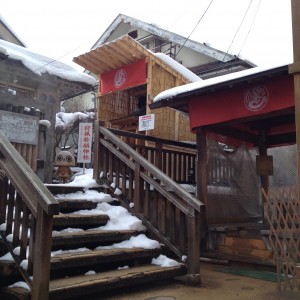 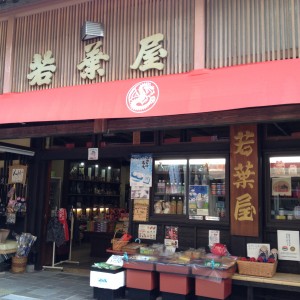 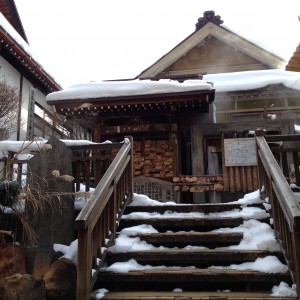 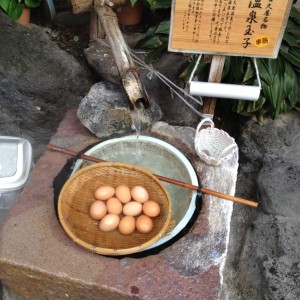 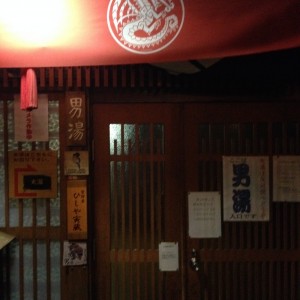 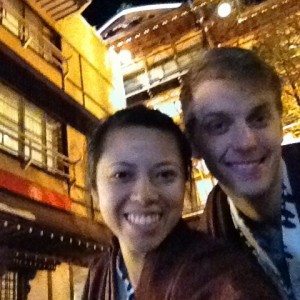 Walking around in our yukatas 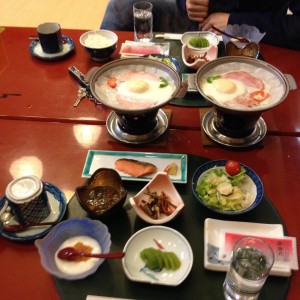 The next morning, Keiko-san drove us and a Swiss couple up to the monkey park. We had to do a bit of hike up and paid a 500yen entrance fee to get in. But, it’s worth every yen. Seriously, whoever doesn’t want to see monkeys bathing in onsen is crazy. The best part is that it was snowy day, so each monkey had snow on their head which is super adorable! After more monkey watching, we walked back to the ryokan. It was quite a walk especially when there’s so much snow! Our host is amazing because after our walk back, we were both freezing cold. But, we had already checked out of the inn, so we asked the host if we can use the onsen one last time. She said yes and even provided us some towels! After a quick 15 min dip at the nearest onsen, we even got a ride to the train station! 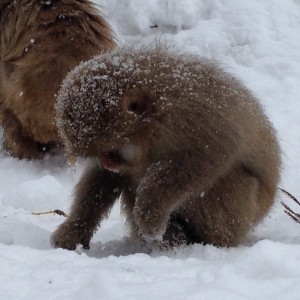 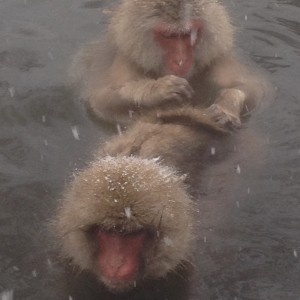 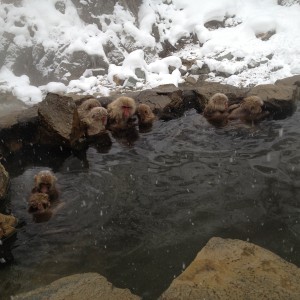 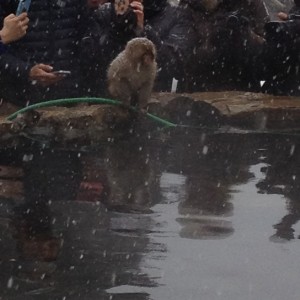 So many people taking pictures 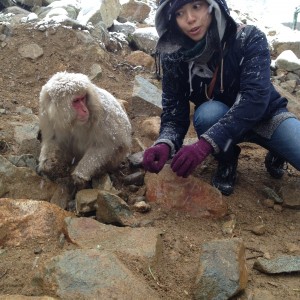 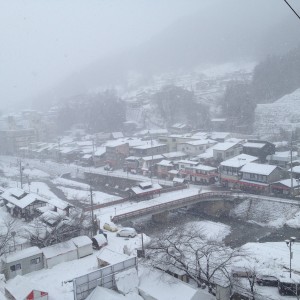 Here’s a thing I learned about Japanese train station exits. Make sure you get out the right one or you’ll be walking a long way around. It’s not fun when you have to drag your luggage across deep snow. That’s basically what happened to us, but we had fun. We accidentally took the long way around but we manage to make it to our hostel. We took a quick nap before heading out for some food! We found a delicious pizzeria nearby, had some beer and highballs. Yum! 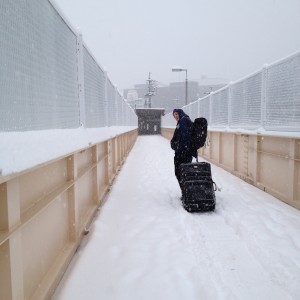 Can we make it? 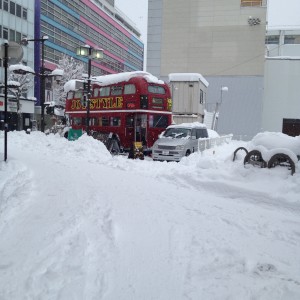 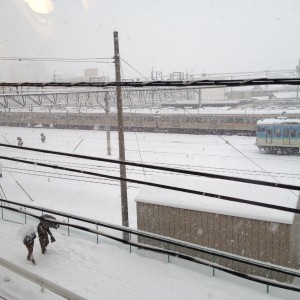 The next day, we went to check out the most important and popular Zenkoji temple. We wrote some wishes and explored around the site. From then on, I started to have a love/hate relationship with the snow. It’s beautiful and all but at the same time, it blocked quite a bit of the temple from afar. But, it’s not everyday that you see snow. 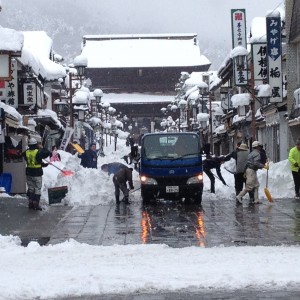 How many is needed to shovel? 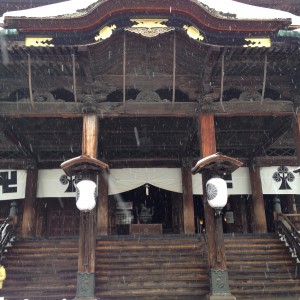 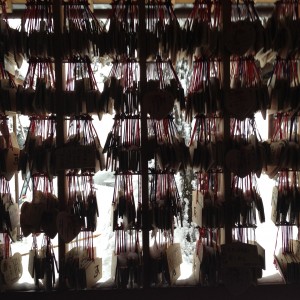 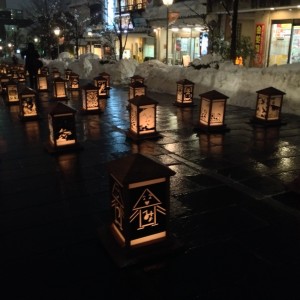 We wanted to leave the next day, but because there was so much snow, the train service had to be suspended. Apparently, it’s one of the worst snowstorm in Japan since 49 years ago? Pretty crazy. We were so ready to get out of Nagano… so, we were pretty bummed out. However, we did meet more Canadians: Tracey and Dave at the hostel and watched some Olympic curling… go Canada!

We woke up early the next morning and boogied our way to Hiroshima.